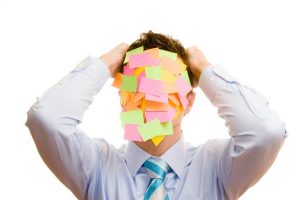 Unless you’re a news source (like a newspaper or radio station), or a big-name, internet-known brand, you probably shouldn’t be posting to Facebook more than once a day. Often, I see companies or organizations doing social media “dumps.” They’ll go a few days without posting anything on Facebook, and then BAM! They post five things all at once. This almost guarantees that your posts won’t be seen.

First, Facebook is not Twitter. It doesn’t have the same purpose or algorithm as Twitter, and updating several times a day, in most cases, actually hurts the chances that your posts will be seen. If you want to make small posts, several times a day, that’s an excellent strategy for Twitter, but is actually the opposite of good strategy for Facebook.

For one thing, Facebook rewards Engagement. The more people who Like, Comment, or Share a post, the more often Facebook will show that post to your followers. But each time you post to Facebook, it prioritizes the most recent post, effectively “killing” your previous posts. Making several posts in close succession means that fewer people are getting a real chance to see the earlier posts in their feeds, meaning those posts will get very few Likes, Comments or Shares, meaning those posts won’t show up very frequently in your followers’ Newsfeeds. In other words, if you post too often, your posts will actually will be seen LESS often.

Making several irrelevant posts is a bad idea as well. Where Twitter thrives on small, bite-sized bits of news posted often throughout the day, Facebook audiences get annoyed when an account they’re following floods their Newsfeeds. That’s one reason Facebook prioritizes only the most recent posts.

We’ve seen this play out in the data several times. When we begin servicing an account which was updated sporadically with a flood of posts, we immediately drop the number of posts to 3-6 times a week, spread those posts evenly throughout the week, and only post at peak times. It takes time for Facebook to begin showing that account’s posts again, but once they begin getting a little attention, the number of times the posts are shown begins to grow. Eventually, those 3-6 posts are getting far better Reach than the 20+ posts that the account was previously making. They’re getting seen, they’re getting more Likes, Comments and Shares, and interest in the posts is lasting longer. The number of posts you make should be scaled to the size of your business and the amount of public interest in what you do.

So slow down there, killer. Post intentionally and strategically. What does your audience really want to know, Like, Comment on, or Share? Limit your posts to subjects you think your audience will actually show interest in. If you have a lot to say during the day, take it to Twitter, and your Facebook audience will reward you.